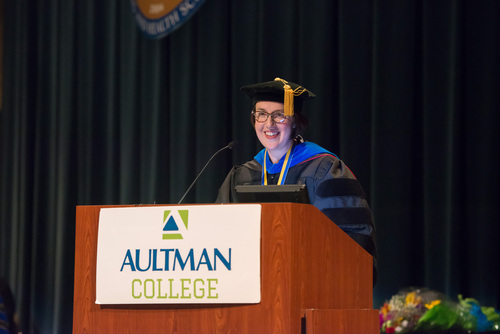 Paddock became president on Jan. 2, 2018. She came to Aultman College in 2007, when she was hired as the director of general education and assistant professor of chemistry. She was later promoted to be vice president of academic affairs. A native of Dover, Ohio, Paddock holds bachelor’s, master’s, and doctoral degrees in chemistry from the University of Cincinnati.